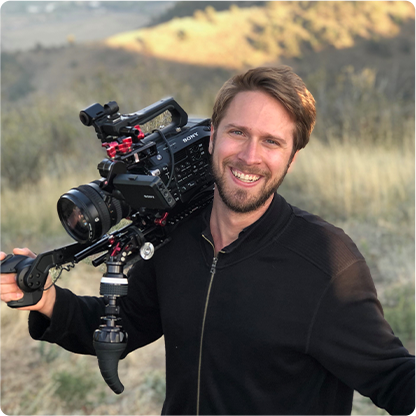 From 2012 – 2014 Matt worked as a teacher in South America with the U.S. Peace Corps, having specialized in literacy development, documentary, and art activism in partnership with various NGOs and the State Department. This transformative experience led Matt to focus strictly on nonfiction film and modes of media representation.

Matt holds a B.A. in Film & Video (Directing) from Columbia College Chicago & M.A. in Documentary from New York University, where he trained with renowned filmmakers and anthropologists. In addition to developing short & feature-length films, he shoots about 100 live events per year.

Every piece of media we produce has one goal – emotional engagement. How can we get best response from the most important audience? What do they need to feel so they can be inspired to take action? So how can we help you?