Since founding CitizenRacecar in 2012, David has been responsible for shaping and growing the company, and supervising the content and creative direction of all of its client work.

Beforehand, he built careers as both a producer of media and events and as a professional writer and musician. He played a significant role in the production of events including the PROJECT Global Trade Show, Photoville, the New York Photo Festival, the DUMBO Arts Festival, The FiFi Awards, fundraising Galas for Dress for Success and the Bedford Academy, and mobile marketing programs for Diageo, Pepsico, and Nature’s Way; and created commercial music for clients including New York University, City University of New York and Fast Company.

He has also written, produced, and directed theatrical pieces in both New York and Washington, DC, and composed music that has been performed at the Folger Shakespeare Theater and by groups including the Capital Wind Quintet, and the New York Shakespeare Exchange.

He lives in Queens, NY with his wife, a nonprofit executive, and two children. In his spare time, he enjoys reading, cooking, gardening, birdwatching, and playing bass in the locally-famous rock and roll band The Lowers. 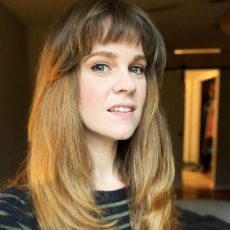 Charlotte is a writer, editor, and content strategist with experience crafting compelling narratives for both brands like as Burt’s Bees, IBM, and Krispy Kreme and nonprofit organizations such as Foundation for Hope.

She also helps organize the fantasy literature conventions MultiverseCon and DragonCon and is an artist, actor, singer, and bona fide social media star, with more than 230,000 people on TikTok following her videos on science, language, culture, and social justice. 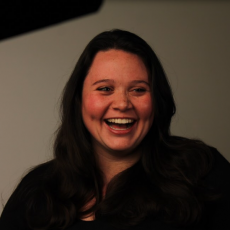 Gabriela is a production manager and coordinator who has supervised the creation of everything from digital media campaigns, to live theater, to animated instructional videos. She finds passion in giving innovative artists the resources and organization they need to create compelling content. After receiving an MBA specialized in Film Production and Entertainment Business, Gabriela began producing content for small businesses and nonprofit organizations. She has since created social media advertisements for brands such as B&H Photo, Polaroid, and Google. No matter the project, she works with the goal of helping creators and organizations inspire their audiences. 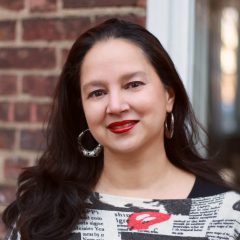 Tania’s career spans the technology, media & non-profit worlds, having worked as a developer, event & project manager, producer and fundraiser. She established herself in Los Angeles, working with the South Asian Film Festival, LA Shorts Festival, and the Pacific Council, a USC-based think tank. After moving to New York City, Tania joined SciMed Media and then went on to work at the MSG station, FUSE TV. In addition to her work with CitizenRacecar, she currently focuses on fundraising for nonprofit organizations in Queens, where she lives with her husband and two children. 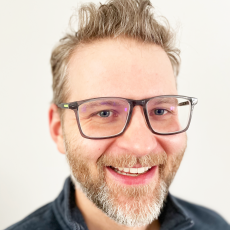 Garrett Tiedemann is a Peabody Award-winning audio engineer, producer, and composer with additional expertise in film and theater production. He’s a classically trained guitarist and multi-instrumentalist who has also worked in film and radio/podcasting for most of his life. With a continuing desire to experiment and test the boundaries of what audio and film can achieve, Garrett has found a home across mediums and frequently works with non-profit organizations to expand their use of social media and the ways they tell their stories. In addition to his work with CitizenRacecar, he currently handles sound design and scoring duties for the podcast Darknet Diaries as well as working for the ALS Association MN/ND/SD Chapter where he handles marketing and produces the podcast Connecting ALS for the national office.

Austin is a musician, producer, and audio editor who never turns down an interesting project. He graduated from Berklee College of Music with a degree in Contemporary Writing and Production. He has found a home in the podcast world as an editor and as a creator/host of three of his own podcasts. He has also fully self produced his debut album “The Path Ahead.”

From 2012 – 2014 Matt worked as a teacher in South America with the U.S. Peace Corps, having specialized in literacy development, documentary, and art activism in partnership with various NGOs and the State Department. This transformative experience led Matt to focus strictly on nonfiction film and modes of media representation.

Matt holds a B.A. in Film & Video (Directing) from Columbia College Chicago & M.A. in Documentary from New York University, where he trained with renowned filmmakers and anthropologists. In addition to developing short & feature-length films, he shoots about 100 live events per year.

Michael is a writer, performer, and producer, originally from Washington DC, and currently based in Los Angeles.

He’s the founder of two successful Southern California theater groups – the Orgasmico Theater Company, of which he also serves as Artistic Director, and the Los Angeles Playwrights Lab. With Orgasmico, he wrote and produced the new musicals “Shakespeare’s Last Night Out” which won the 2017 Ovation Award for Best Book of a Musical, and Top of the Fringe, Best Solo Show, and Best New Musical at the 2015 Hollywood Fringe Festival;  “Skullduggery” which was a 2016 Mainstage production at Sacred Fools Theater; “Doomsday Cabaret: a Rock Musical of Apocalyptic Proportions”, which won Best Musical at the Hollywood Fringe Festival in 2012, and earned him an Ovation nomination for Lyrics and Music in 2013; and “Exorcistic”, which won the Hollywood Fringe’s Freak Award in 2013 and was extended as a Sacred Fools Spotlight production.

He has also written and produced several independent film projects, including “Shakespeare’s Timon of Athens”, which won the El Capitan Award from the Yosimite International Film Festival.

He holds an MFA in Screenwriting from the University of Southern California, where he received Thesis Distinction in 2008, and an MA in Theatre Arts from San Francisco State University.

Our resident wildlife videography specialist, Ray has captured exceptional film of dozens of species all around the country. He’s also an active still photographer, with wedding and society studios in New Jersey and Florida.

Made in Taiwan, Kay was a proud product of the 80s.  After studying Cinematography at the School of Visual Arts in New York  (BFA, 2008) and the American Film Institute in Los Angeles (MFA, 2014).  Kay has worked in both narrative and documentary film, mentored by iconic cinematographers including Frederick Elmes, (Blue Velvet), Ellen Kuras (Eternal Sunshine of the Spotless Mind), and Igor Martinovic (House of Cards).  Her own credits include the HBO series The Night Of, and the Jim Jarmusch film Paterson.

Courtney Moore is a freelance graphic designer and an illustrator based out of Brooklyn New York. She is a graduate of Parsons The New School for Design and received a BBA in design and management.

Jesse has over a decade of experience as a producer specializing in documentary and reality programming. He has worked on shows for Discovery, Nat Geo, Science, Travel, History, Bravo, Investigation Discovery and other cable and syndication networks. As a Field Producer and Director, he excels in leading a team, crafting story and executing an idea from concept to delivery. He has a Bachelor’s degree in Philosophy and additional training in postproduction and commercials.

Dave has produced and managed everything from stadium concerts for Bruce Springsteen, Eminem, and the Rolling Stones, to Off-Broadway and regional theater, to special events including the Tribeca Film Festival, the New York Photo Festival, and the World of Science Festival. Film credits include short format films and commercials in collaboration with Second City, The Vagina Monologues, the Detroit Red Wings and the Detroit Tigers, and the film event Under the Bridge: Projections of the Revolution in NYC.

Dave is co-founder and Creative Producer of Unitied Photo Industries, with whom he co-created PHOTOVILLE, first held in Brooklyn Bridge Park in the summer of 2012. He is also an actor, who has toured internationally with the Wooster Group, and appeared in numerous works for theater, film, and television.

CitizenRacecar has the know-how and experience to create content that distills complex work into concise, compelling narratives that make it clear to donors, members, and partners why your work is important and worth supporting.